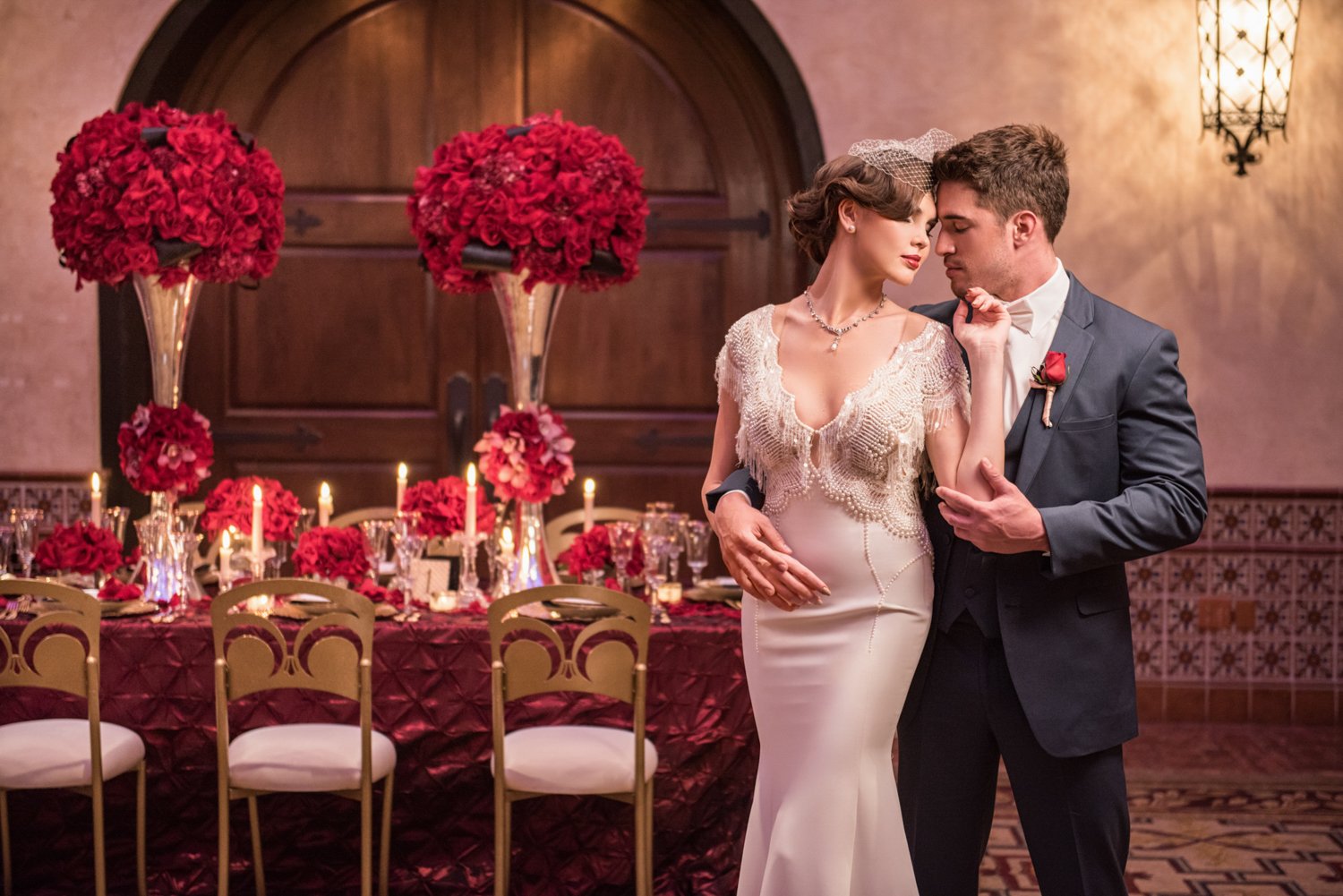 Welcome, to the Hollywood Roosevelt Wedding! When we fall in love there is a sensation that everything is plentiful.  Nothing appears or seems to be missing once you have found your other half.  The sky becomes bluer than it was yesterday.  Food projects more flavor than you can cook.  People are more interesting than you remember. Somehow everything just seems a bit easier to deal with.  That is what love inspires – a sense of optimism in everything that we see, do, touch and feel.  This is the sensation that comes from saying “I do”. It’s the sensation you want everyone around you to enjoy and celebrate your Hollywood Roosevelt wedding.

The 1920s was the first time more Americans lived in cities than farms.  It was a time in which the nation’s wealth doubled and the pace of technology was emerging much as it is today.  People were confronted with opportunity and wealth.  People spent more time engaged with their loved ones.  It was a time in which America projected and felt the sensation of falling in love. Everything just seemed a bit easier to deal with.  It is this dramatic time of social and political change that inspires brides today to relive the glamorization of the opulence that we all remember as The Roaring 20s. 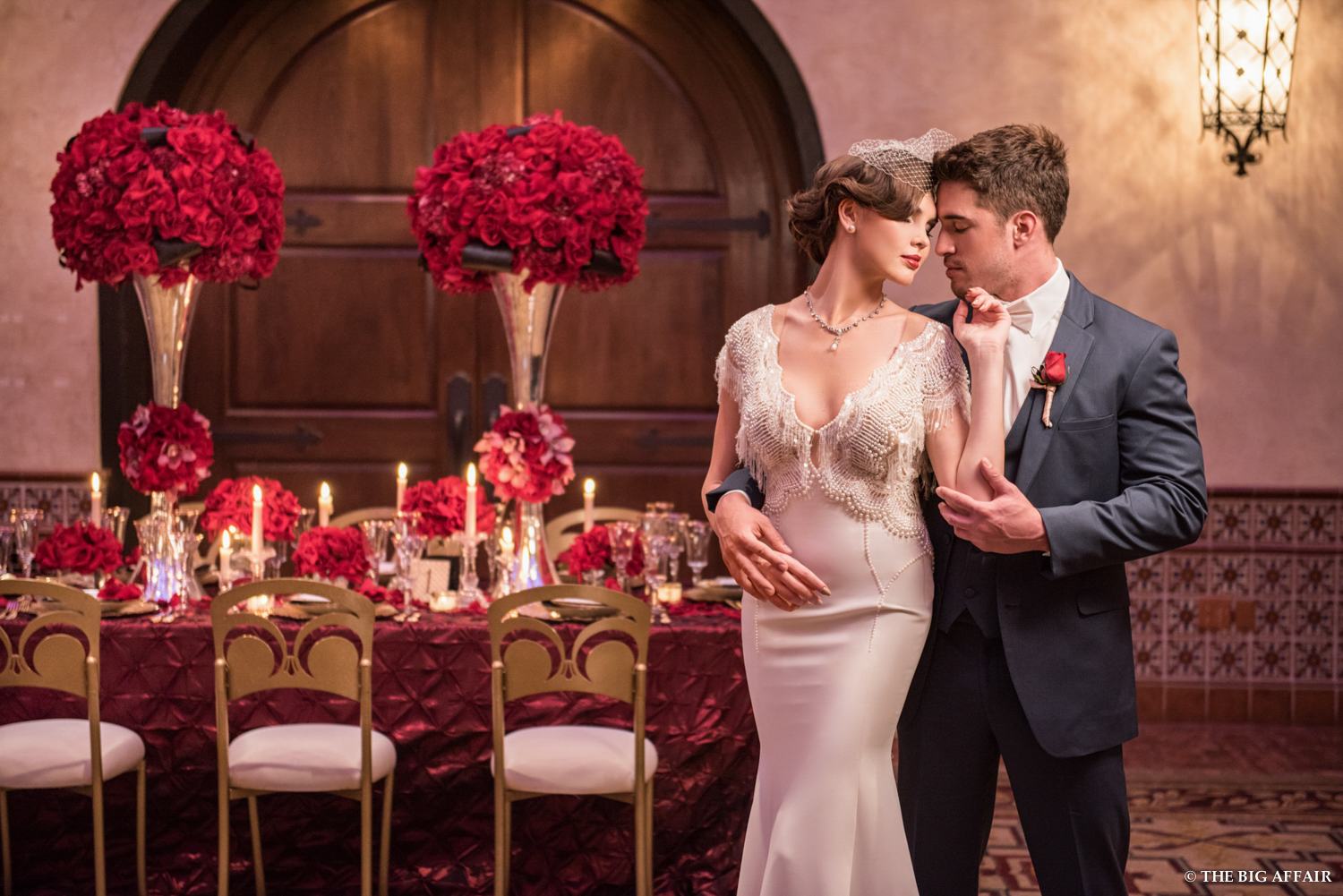 History will set the mood for any bride prepared to say “I do” at her Hollywood Roosevelt wedding.  The aura of every starlet who has ever graced the Roosevelt still lingers in its shadows, and as Tomas Skaringa illuminates each photo with perfect lighting, these shadows begin to drape each bride in unforgettable romance.

Magic is felt in every passage that is walked in The Hollywood Roosevelt Hotel.  As you take one of the most important walks of your life, make sure that memory is captured as well as the history that inspires your 1920’s wedding and its big affair!  This is the magic that inspired Tomas Skaringa’s Galia Lahav romantic photoshoot.

There was an era in which elite members of society accentuated public displays of affection with glamor.  A time in which Old Hollywood knew that red hot romances were meant to grace red carpets covered in red roses.  And with this burning nostalgia…The Big Affair decided to bring Galia Lahav’s Pearl wedding dress all the way to Hollywood, California to exemplify the allure of a true classic Hollywood Roosevelt wedding story. 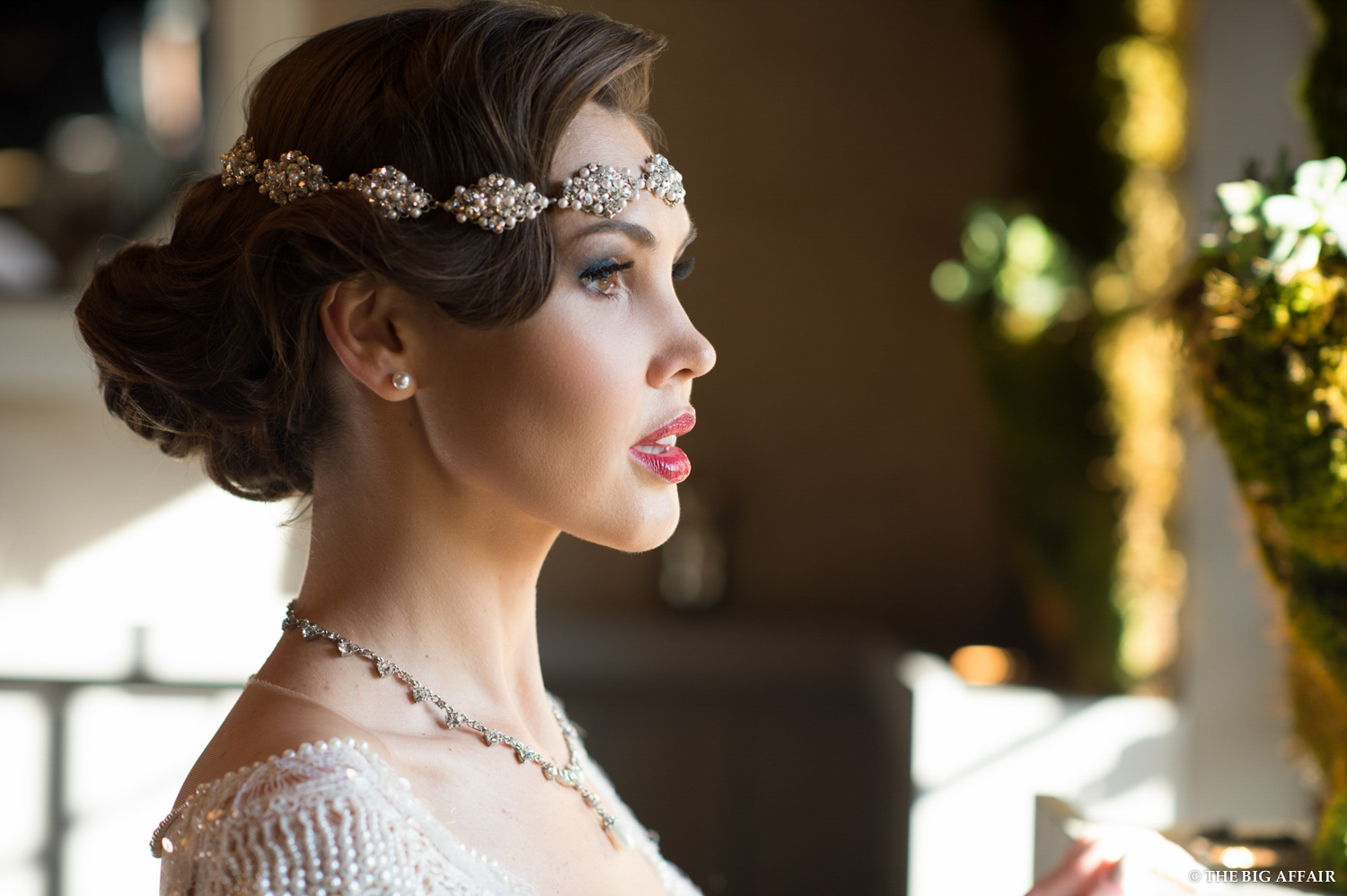 Choosing the Hollywood Roosevelt was a unanimous decision.  Famous for hosting the 1st Academy Awards in 1929, and housing Marilyn Monroe during her rise to fame, this iconic hotel still features its original 1927 ceiling fresco and all of its ornate Art Deco touches that were needed to compliment Galia Lahav’s Homage to the Sizzling 1920’s.  As one of eight Thompson Hotels, the Hollywood Roosevelt maintains an ambiance of historic charm without sacrificing any of today’s luxury.  Thus making the simplicity of telling an old Hollywood love story equally alluring for the modern bride. 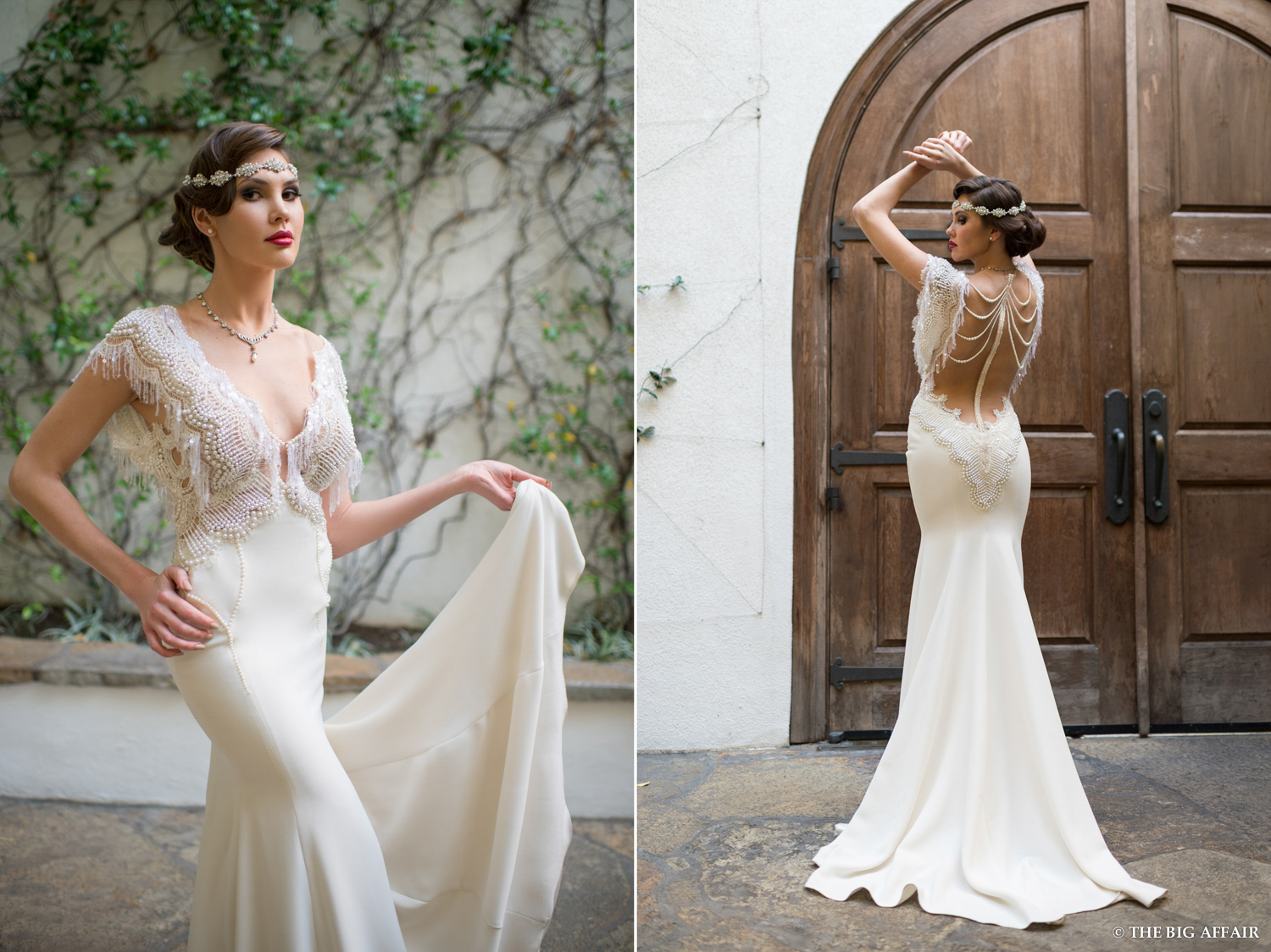 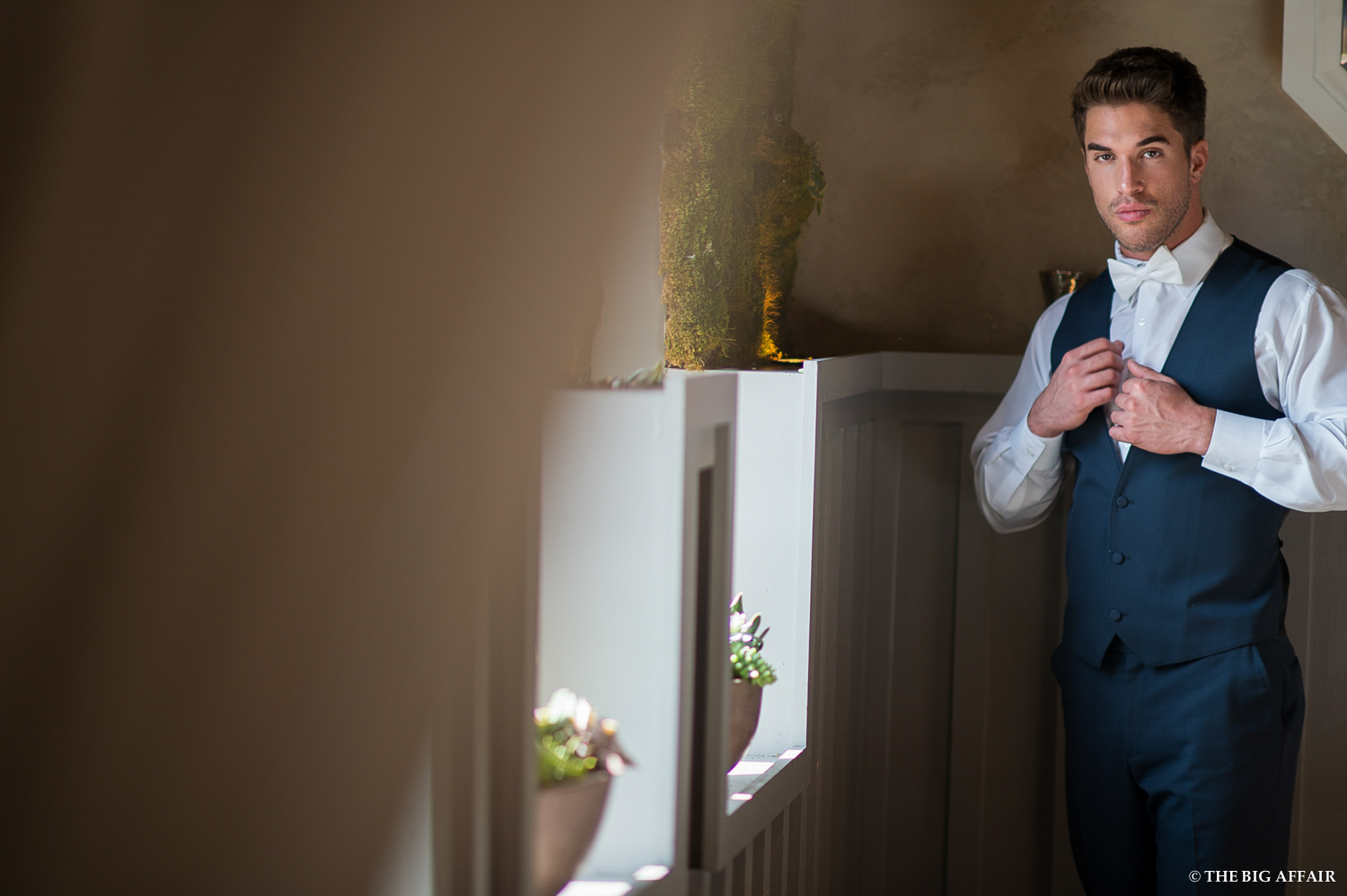 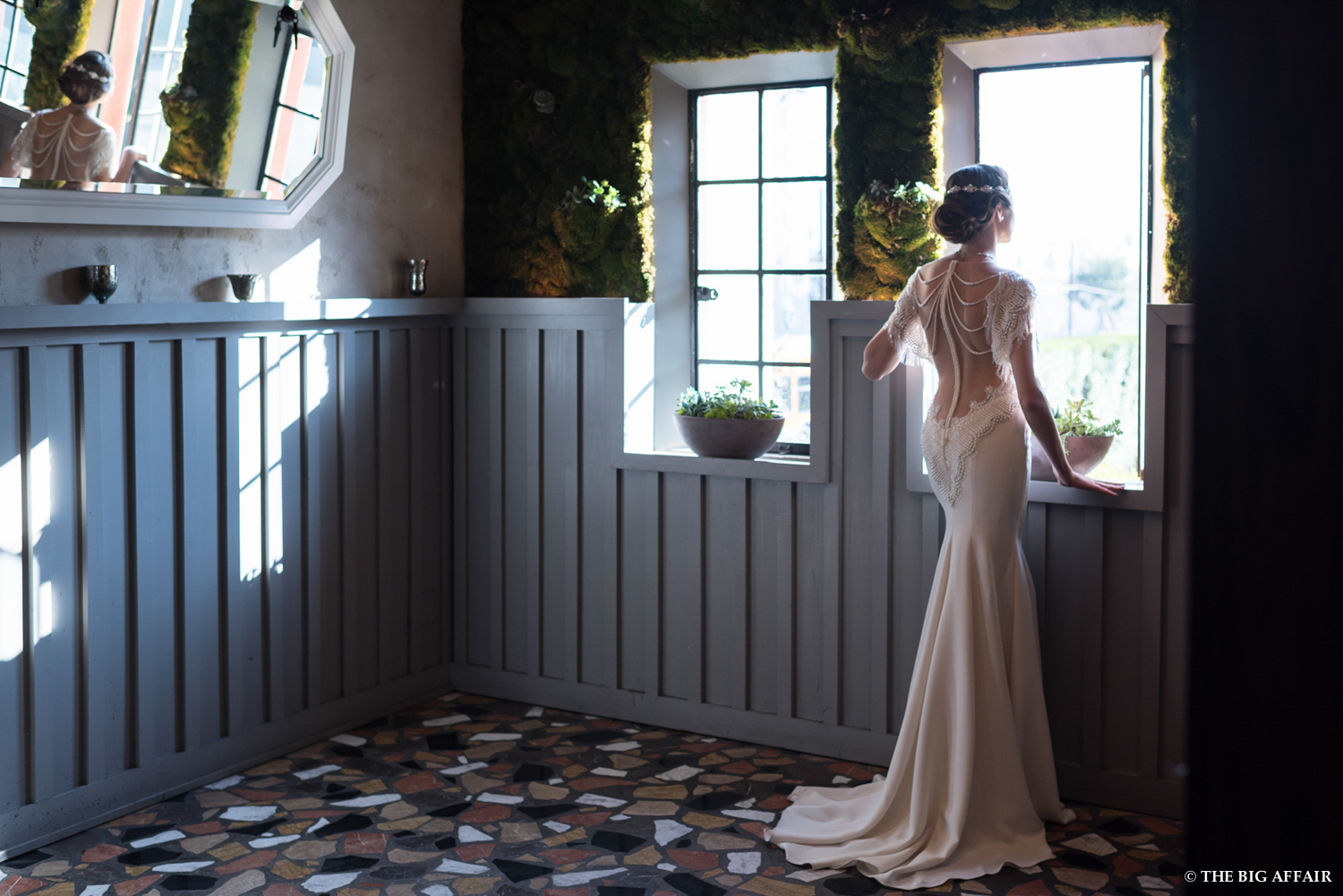 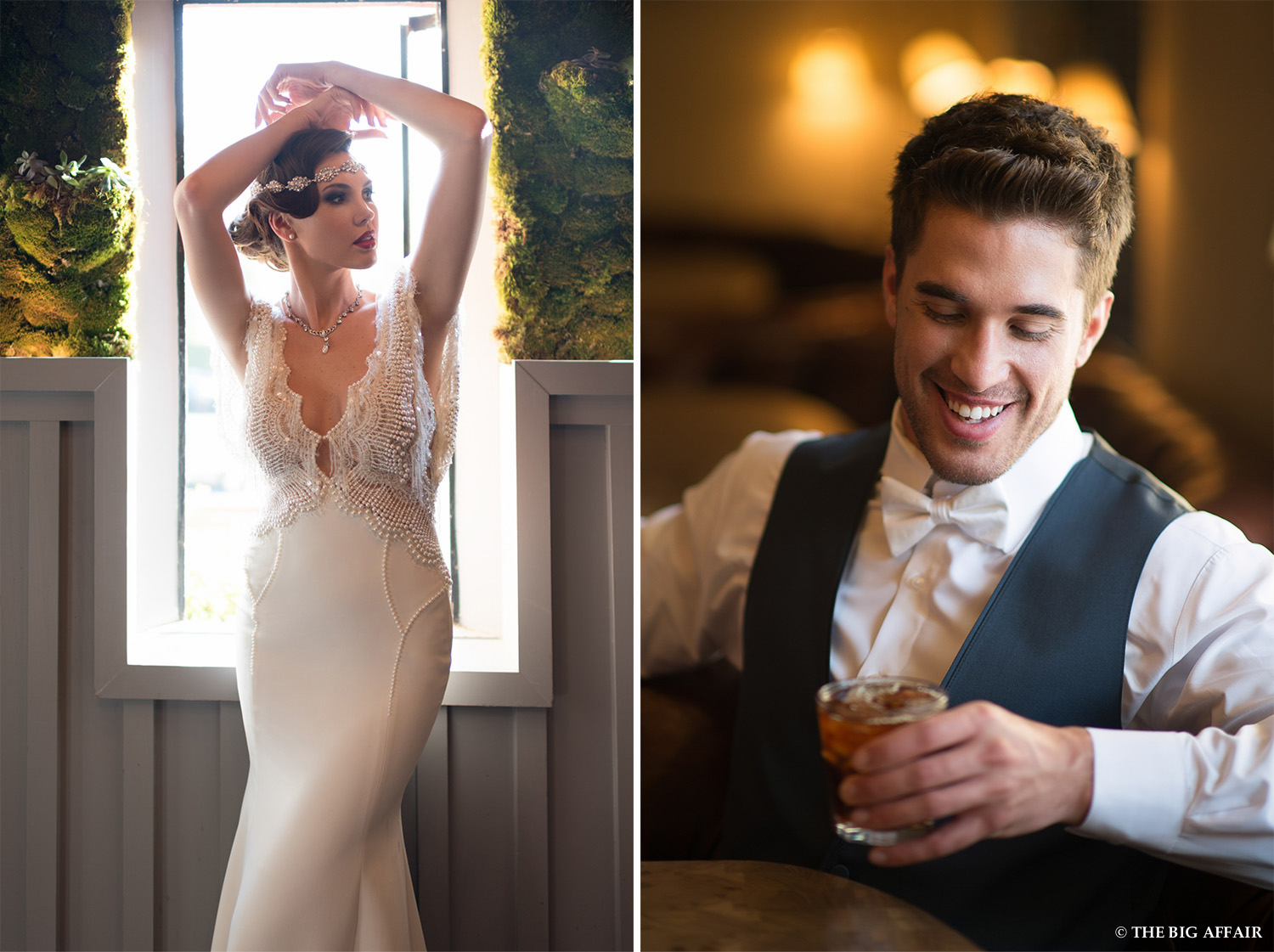 Jenna Thielen Events spent countless hours providing incredible attention to detail and sense of creativity to perfect all of the elements in bringing together the old Hollywood love affair concept established by Natalie Novillo—The Big Affair’s creative director for this project.  Thanks to Jenna Thielen and her associate Haley Patterson, the photoshoot was able to include exclusive custom avant-garde invitations by Red Bliss Design, unforgettable accents by Classic Party Rentals, and that luscious tablecloth by Luxe Linen. 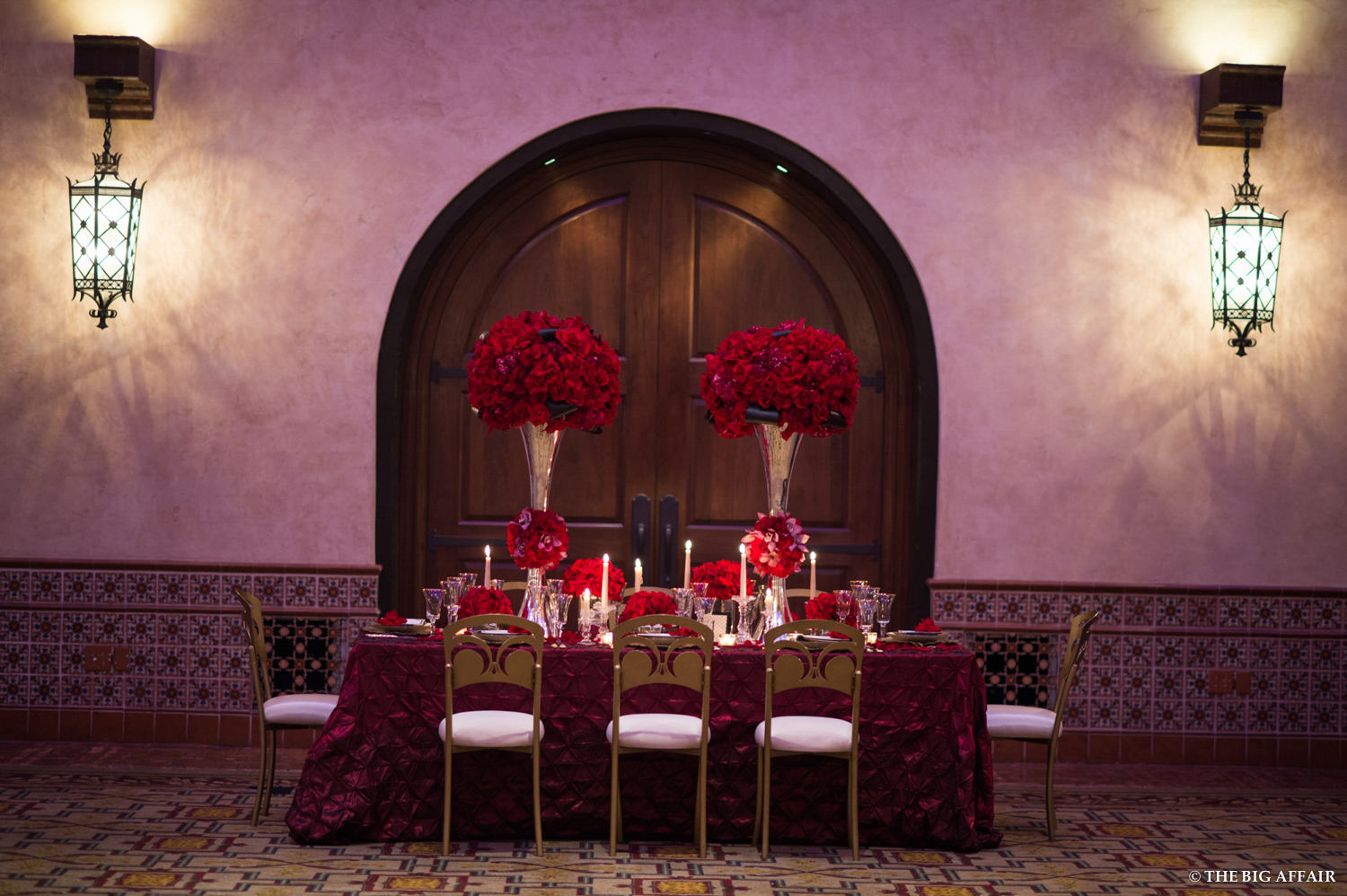 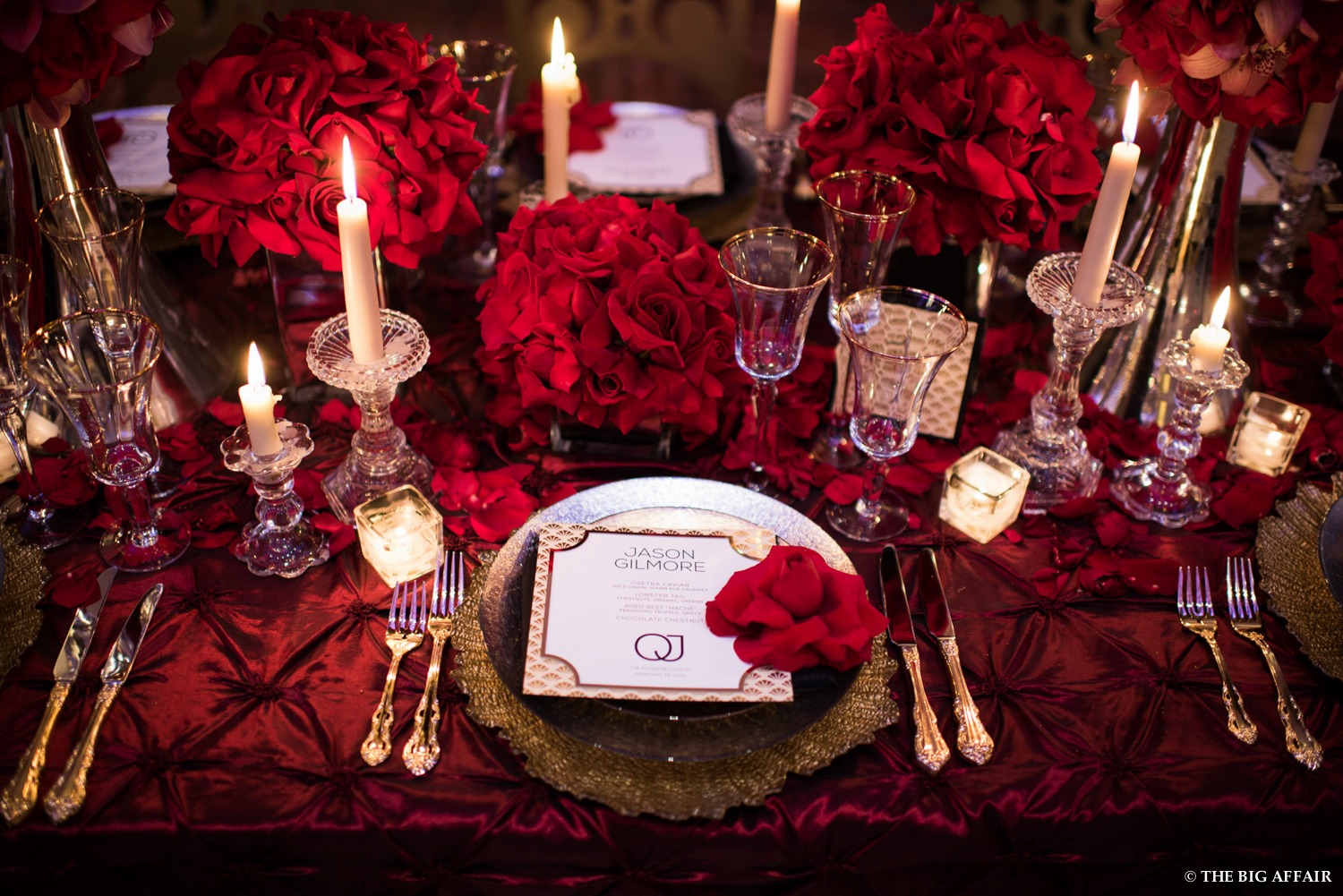 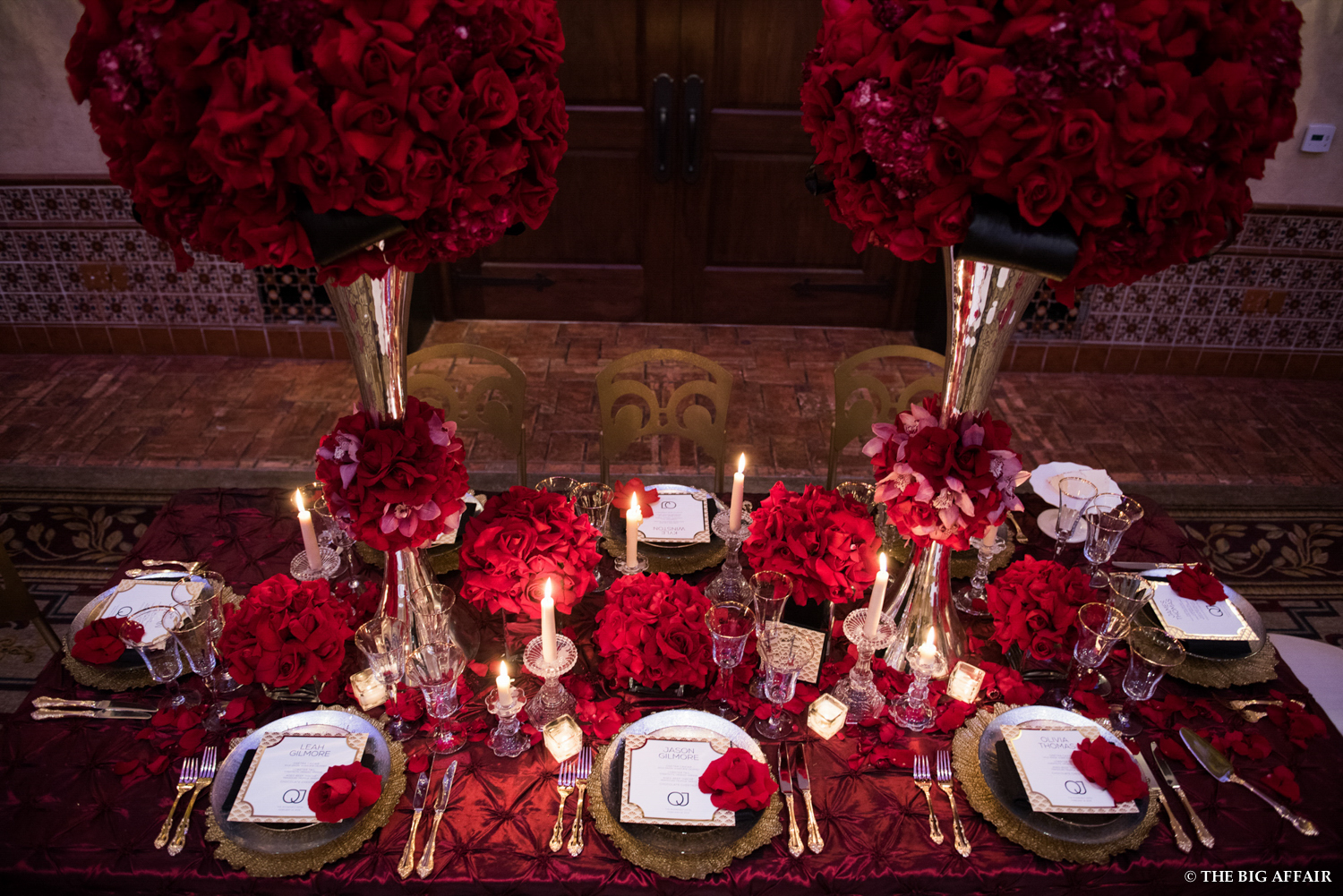 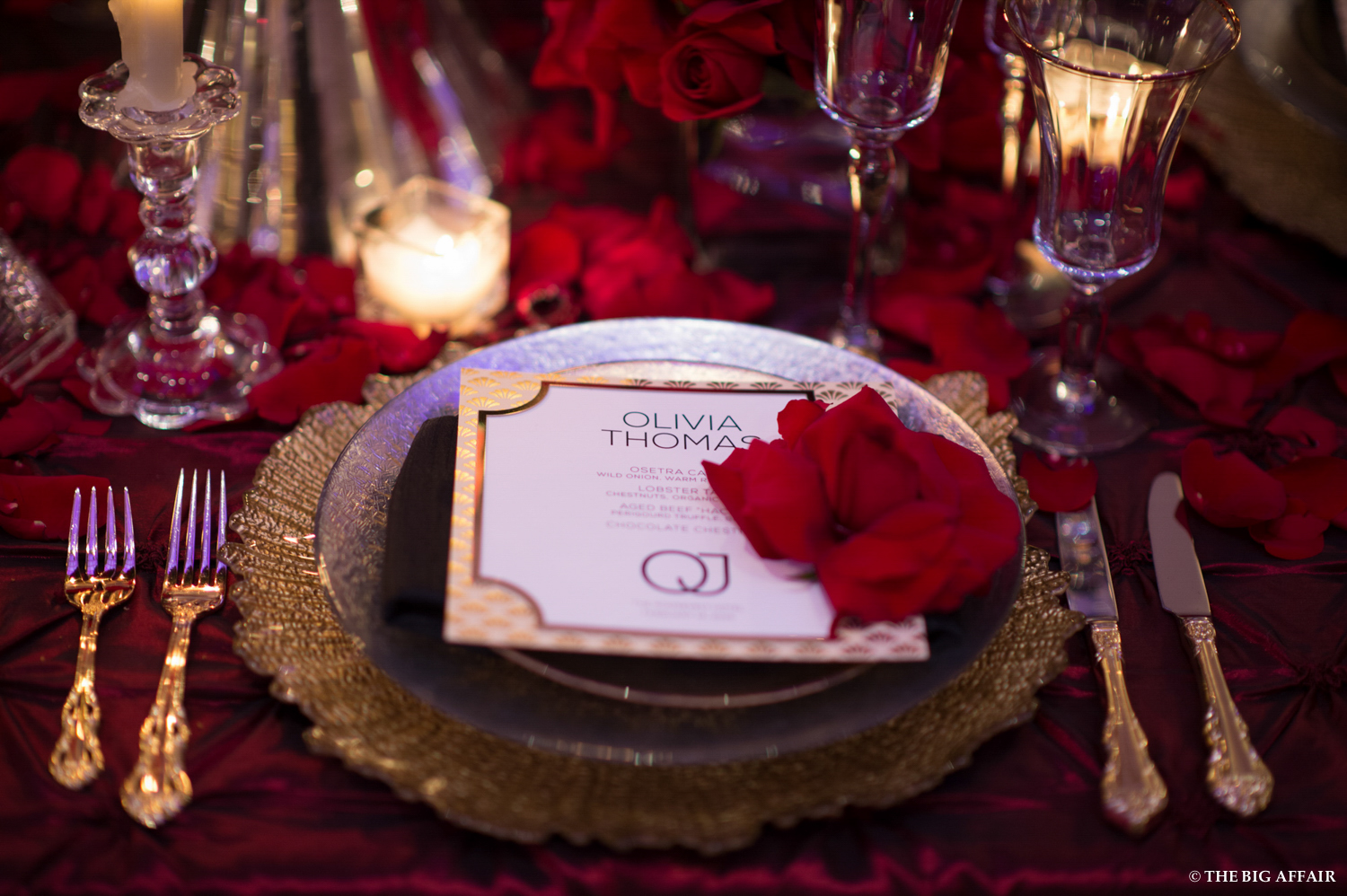 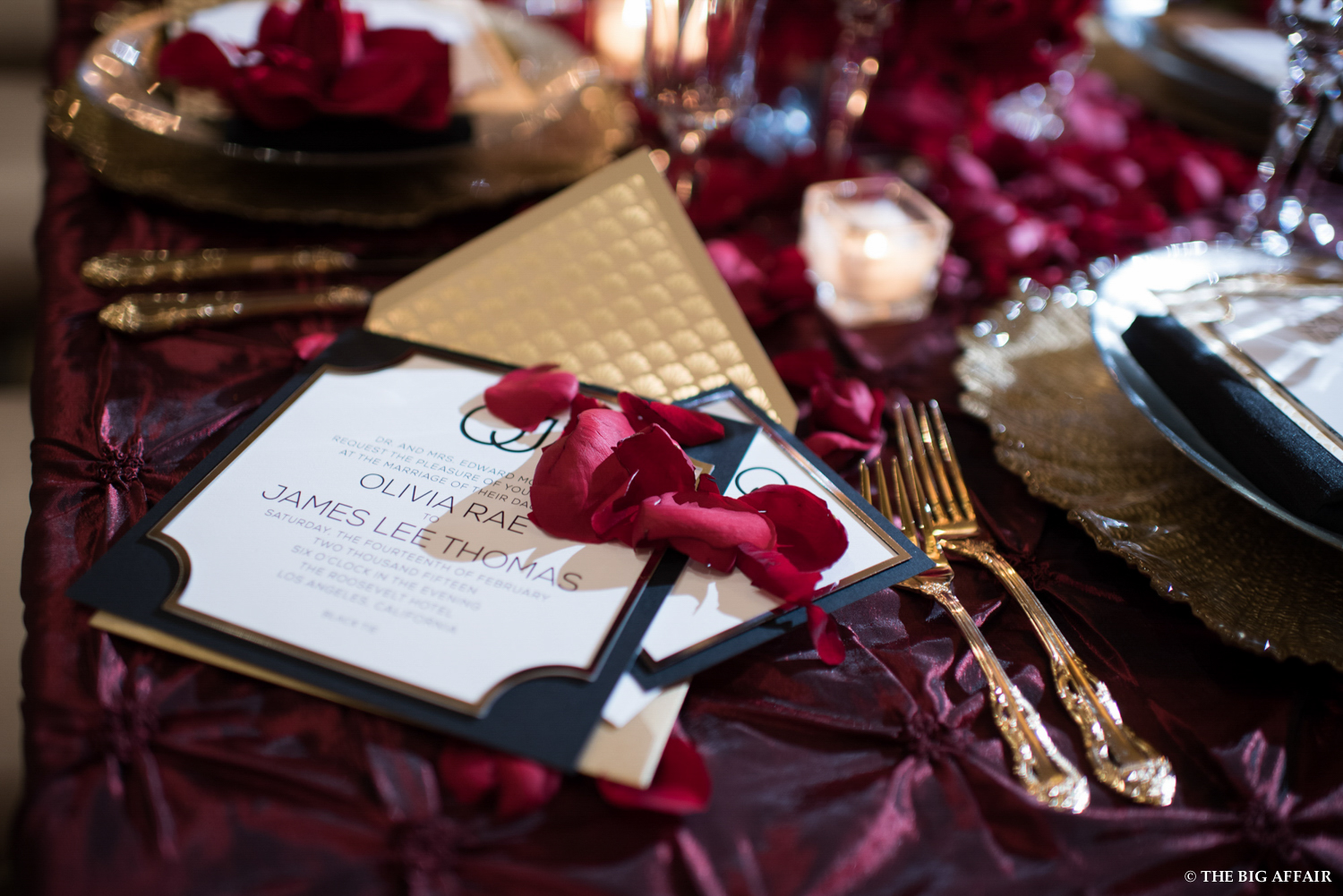 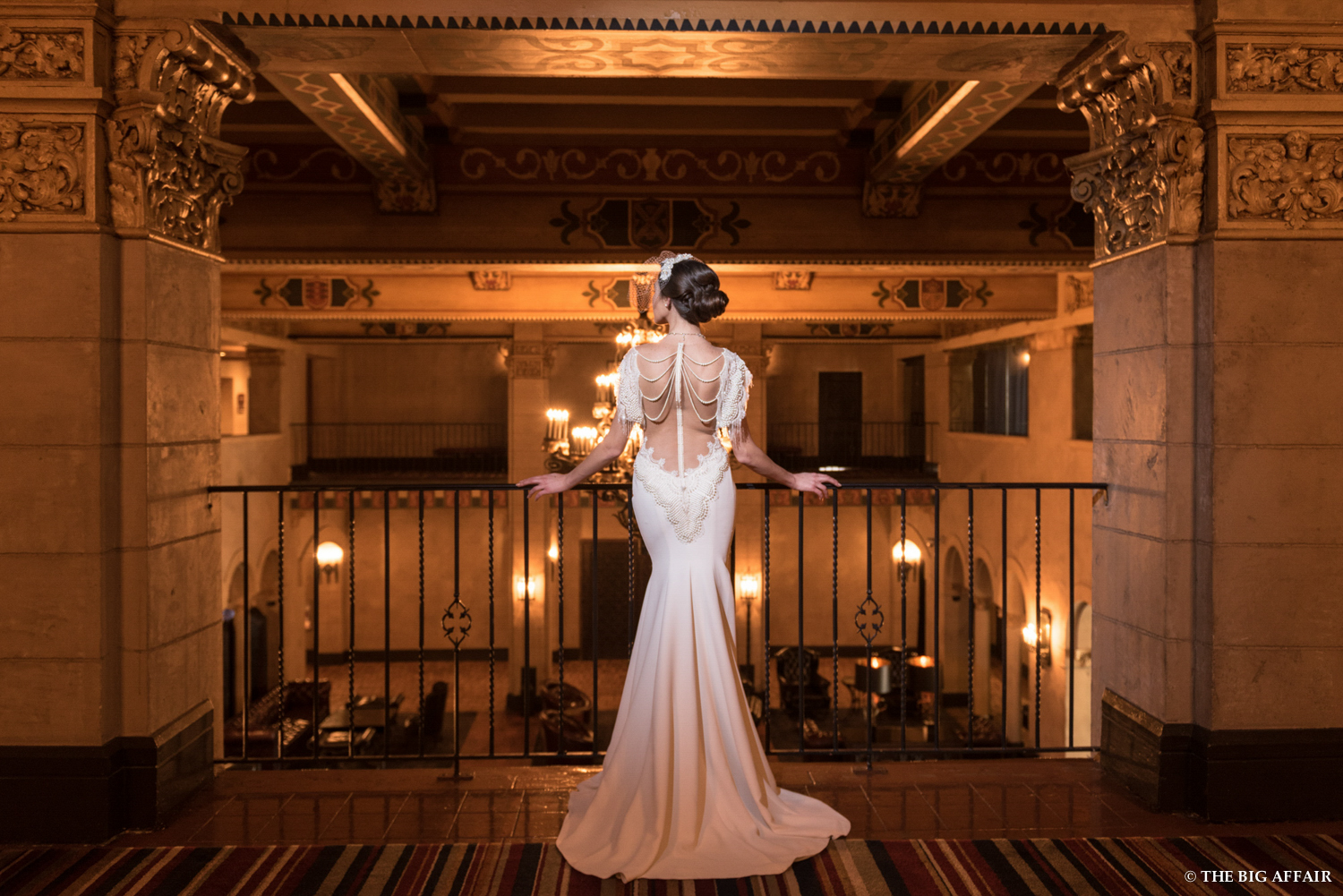 Although the bride and all the facets of her Hollywood Roosevelt wedding always have a way of stealing the limelight from the groom, there is no denying that Mickeal De Sinno paid a great tribute to Friar Tux Shop’s Slate Blue Allure Suit by Allure Men.  Rather than going with a traditional black tuxedo, this “something blue” added a much finer touch of vintage exclusivity to contrast Galia’s Pearl gown. 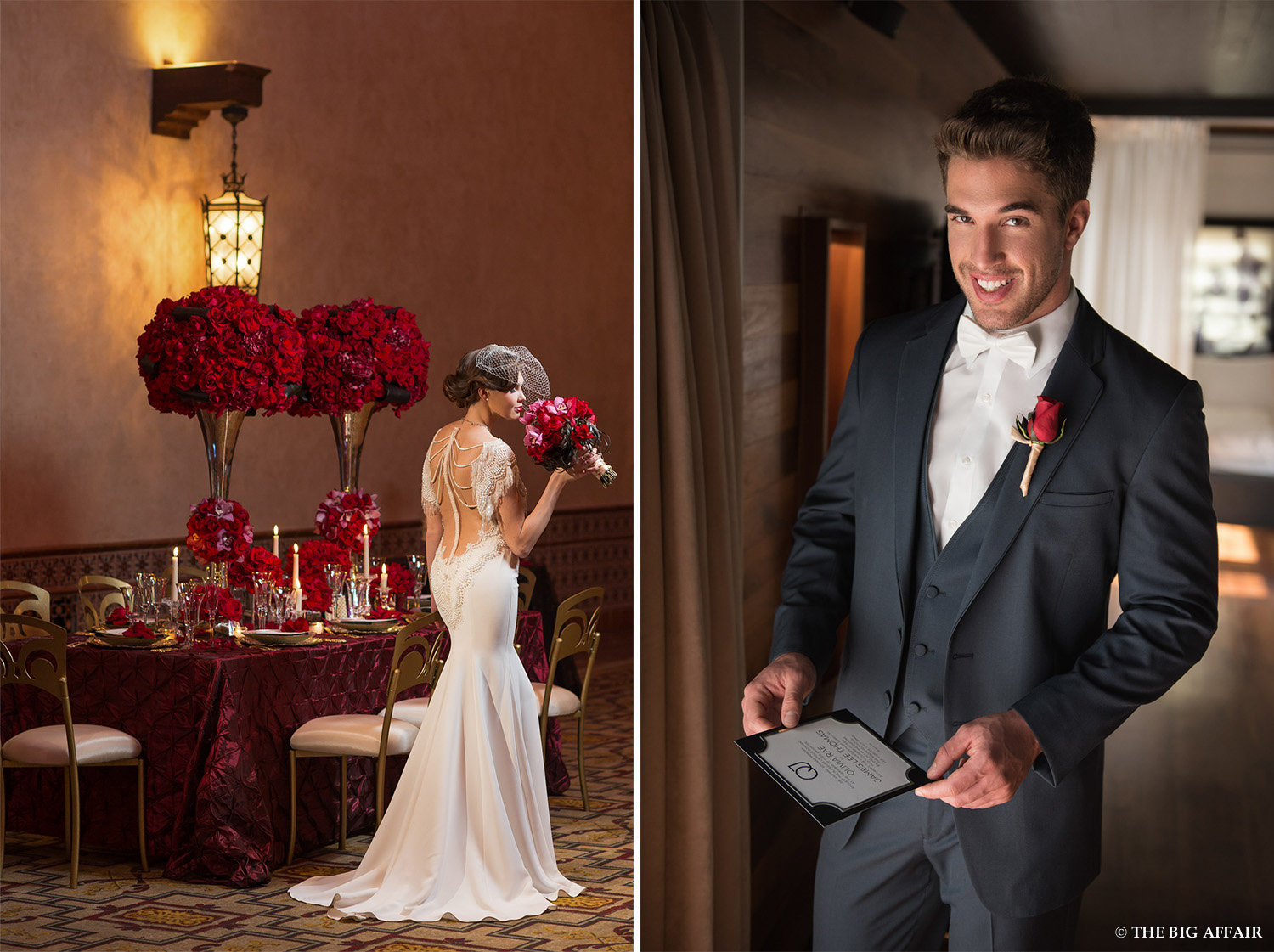 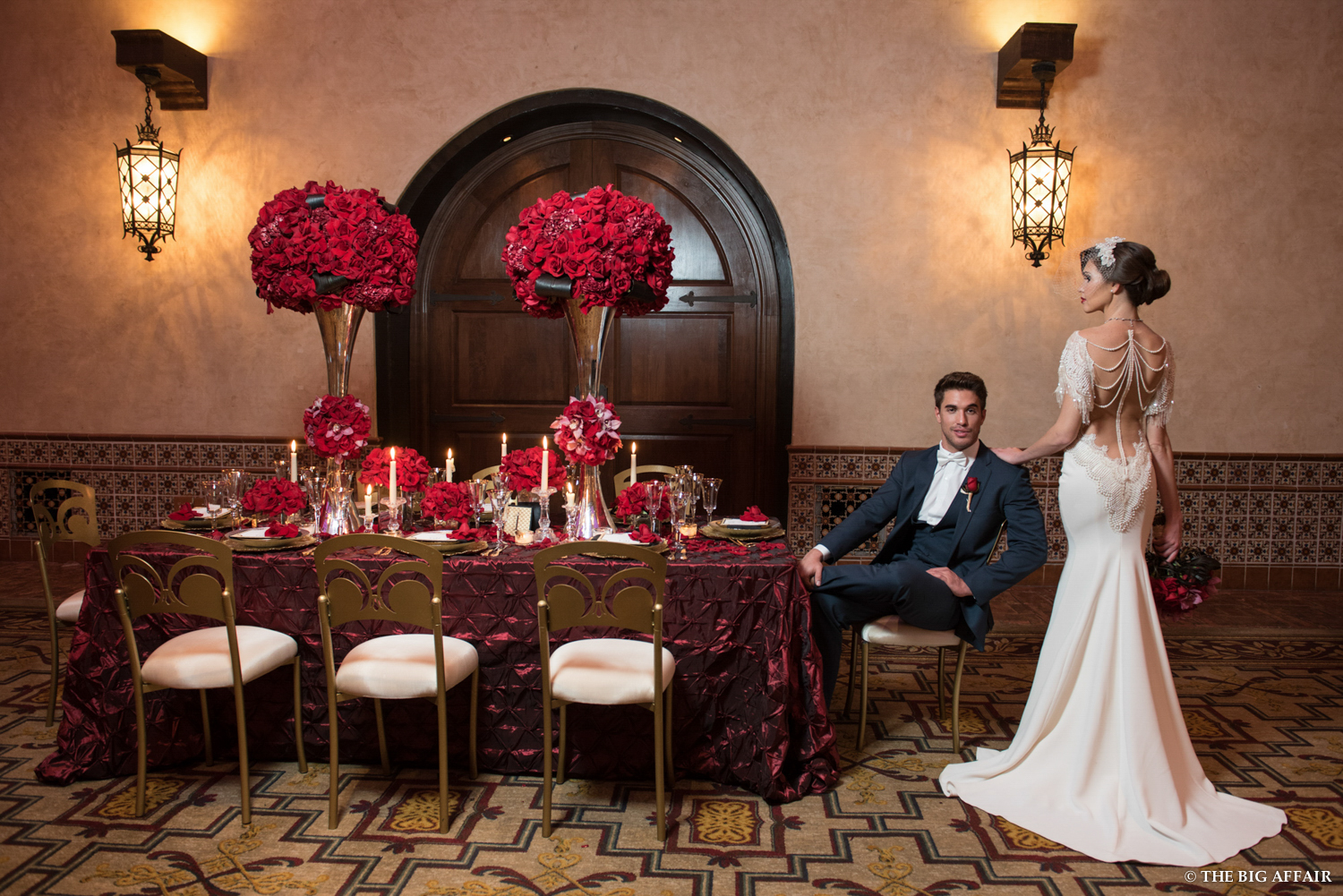 Luna Gardens Events draped the entire ballroom with roses so red hearts melted!  As did the red velvet cake and pastries covered in petals, gold accents and etched white frosting provided by Sweet E’s Bakeshop.  Both of which are exclusive vendors for the Hollywood Roosevelt hotel. 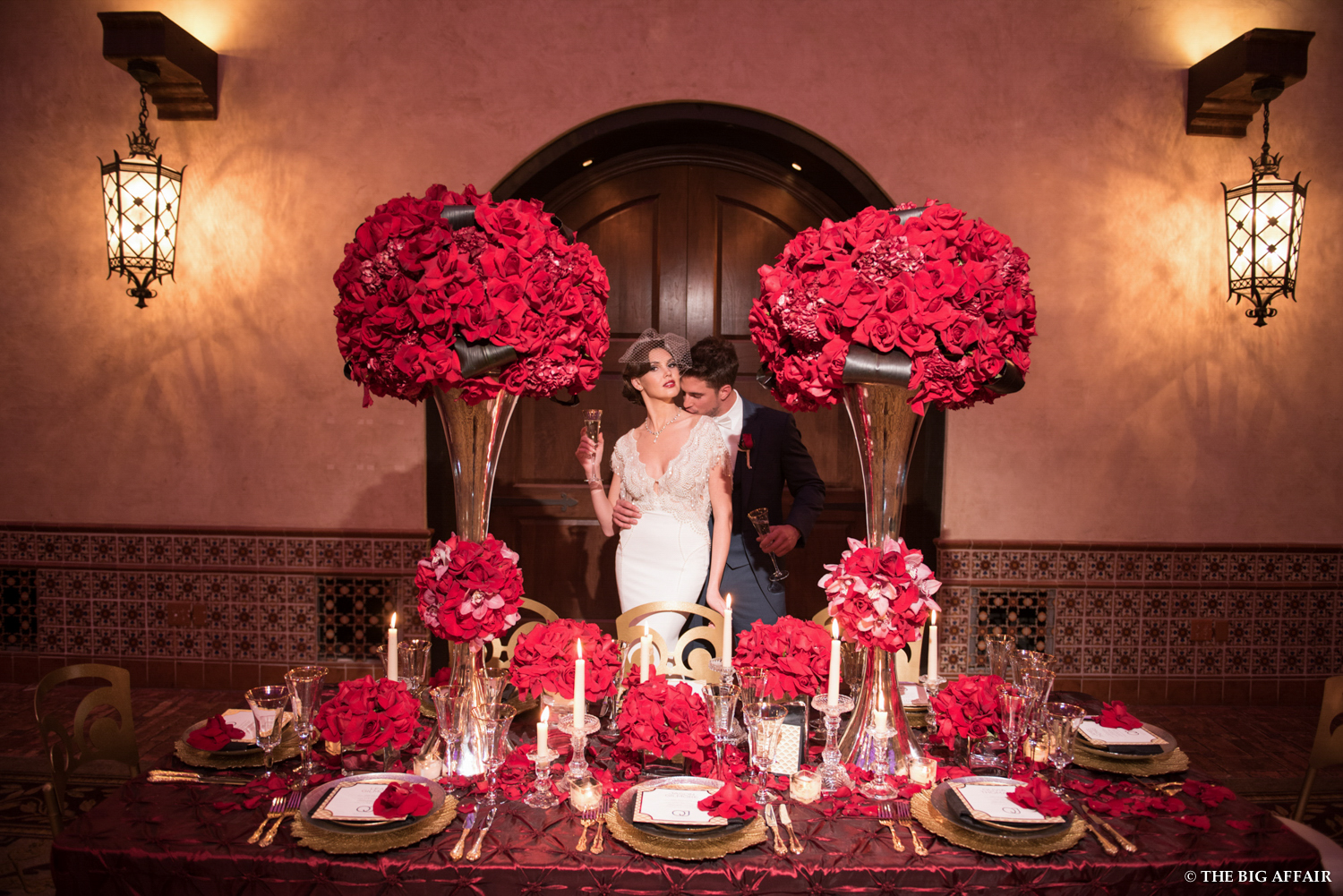 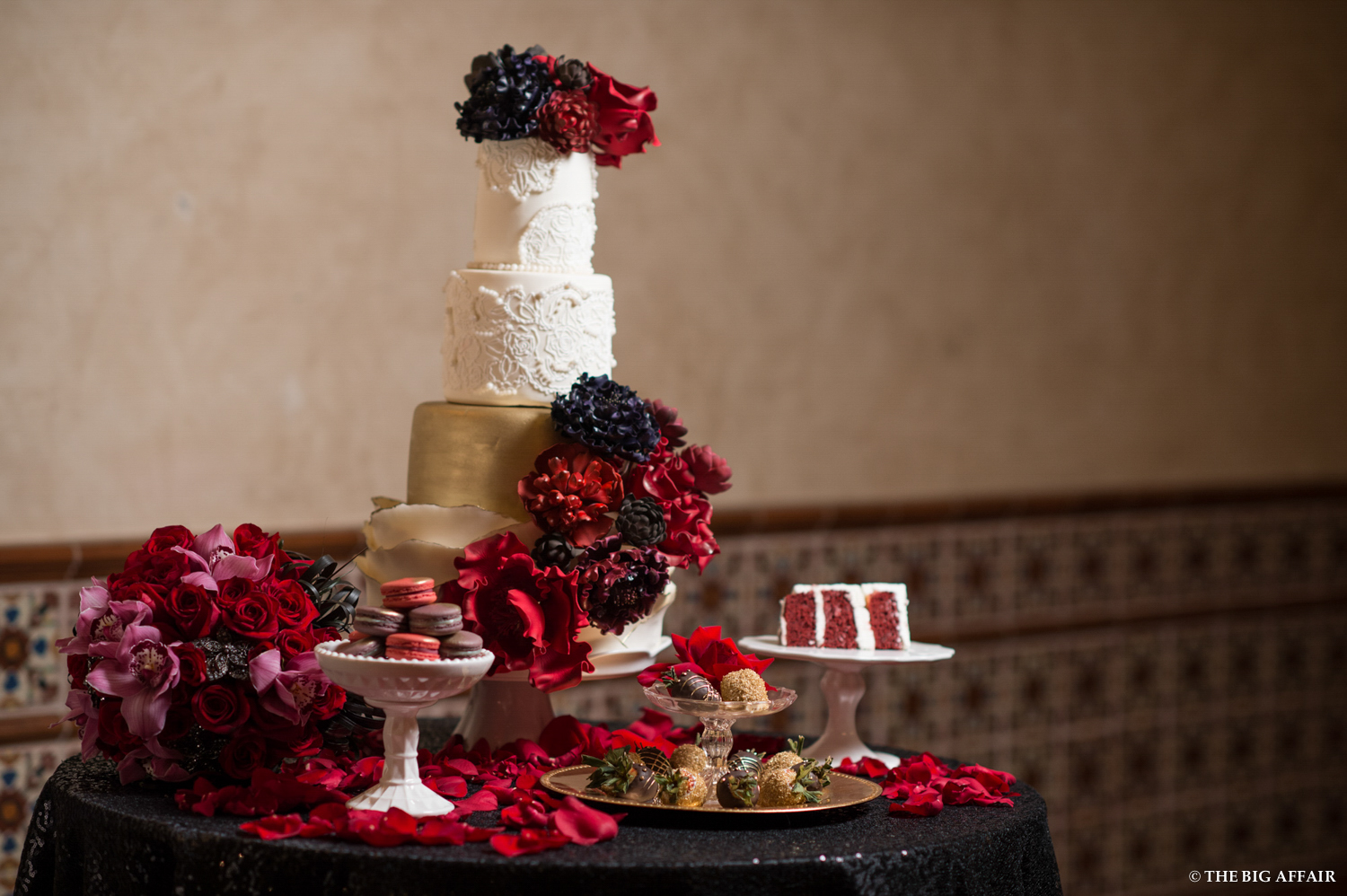 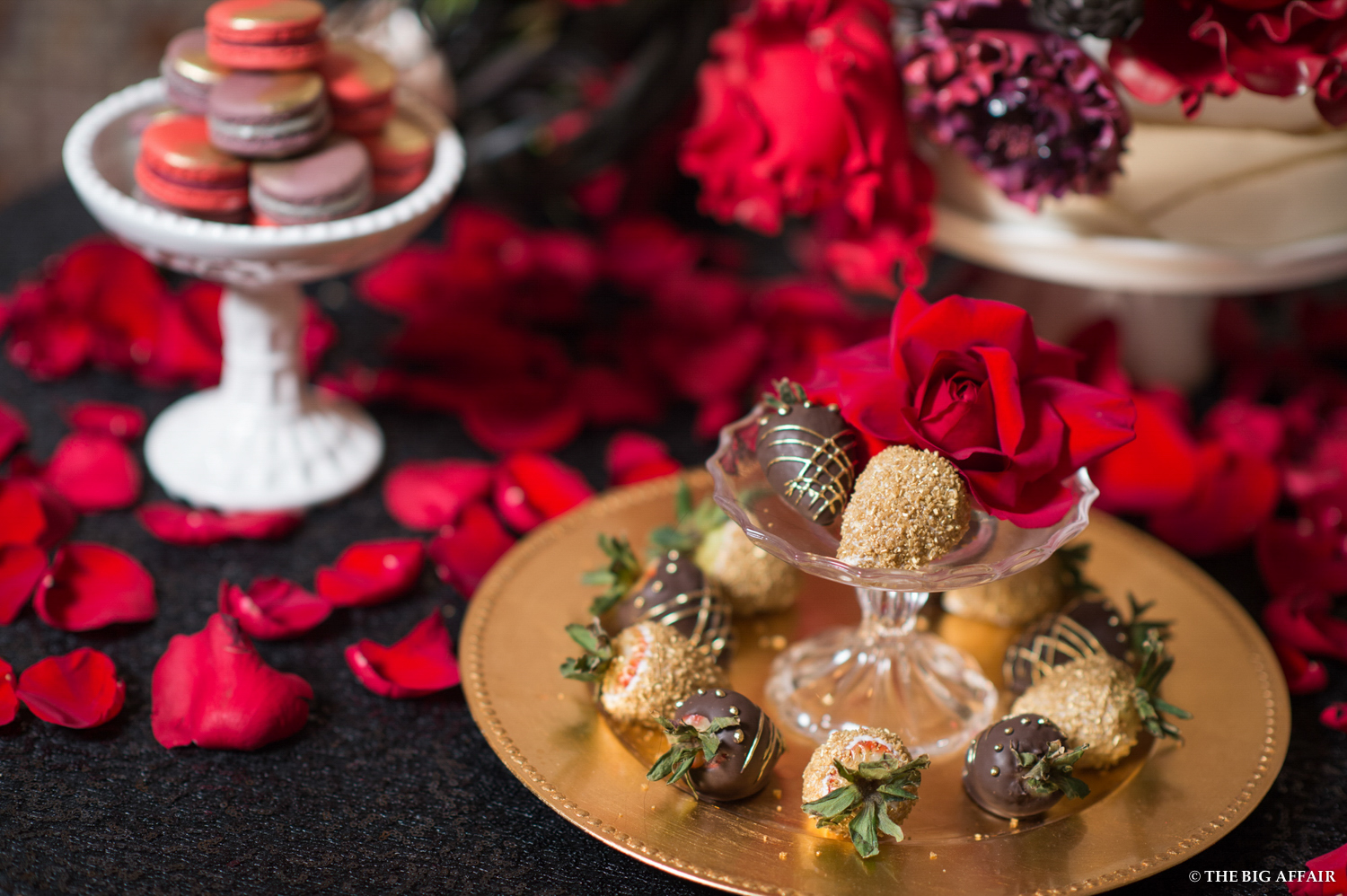 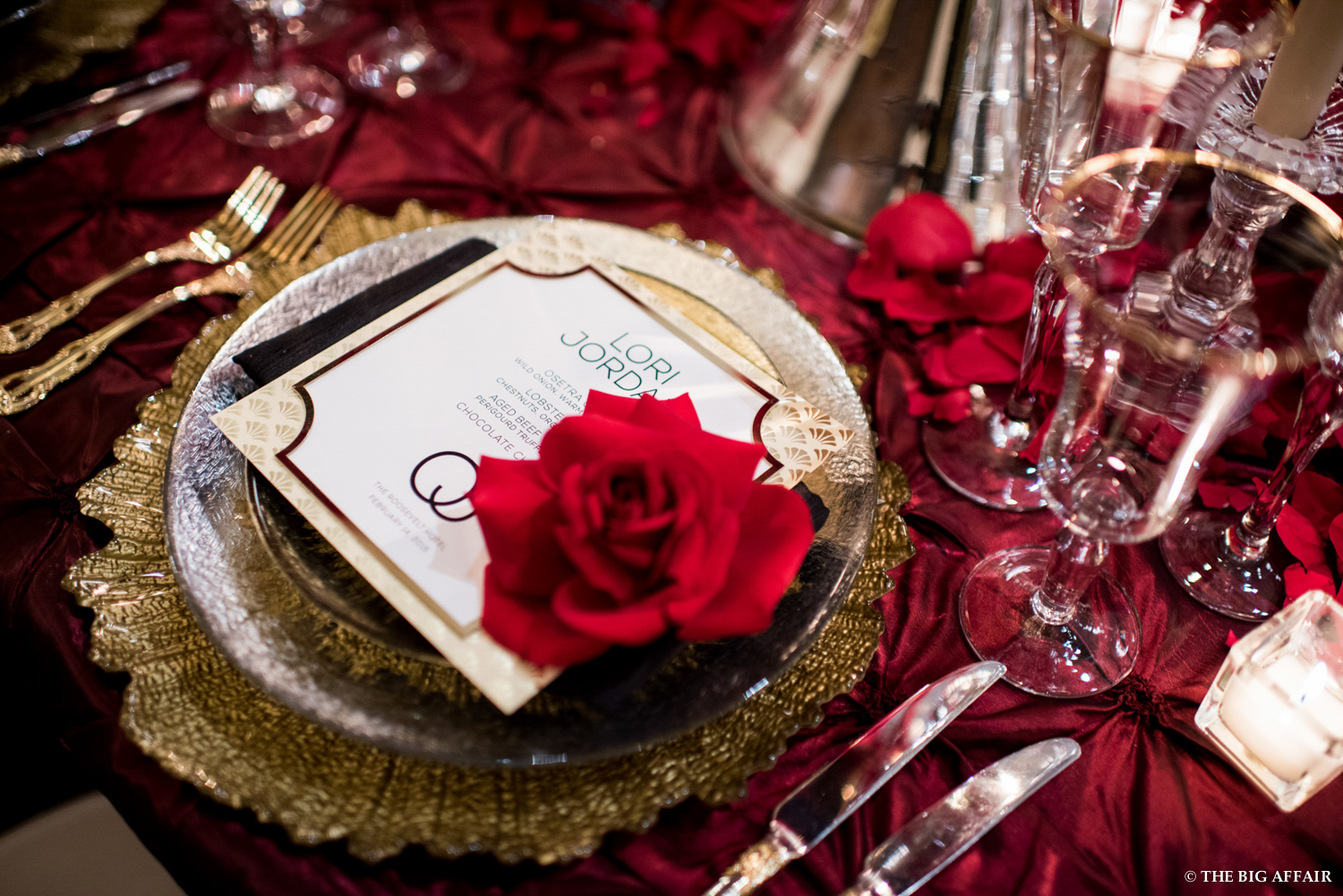 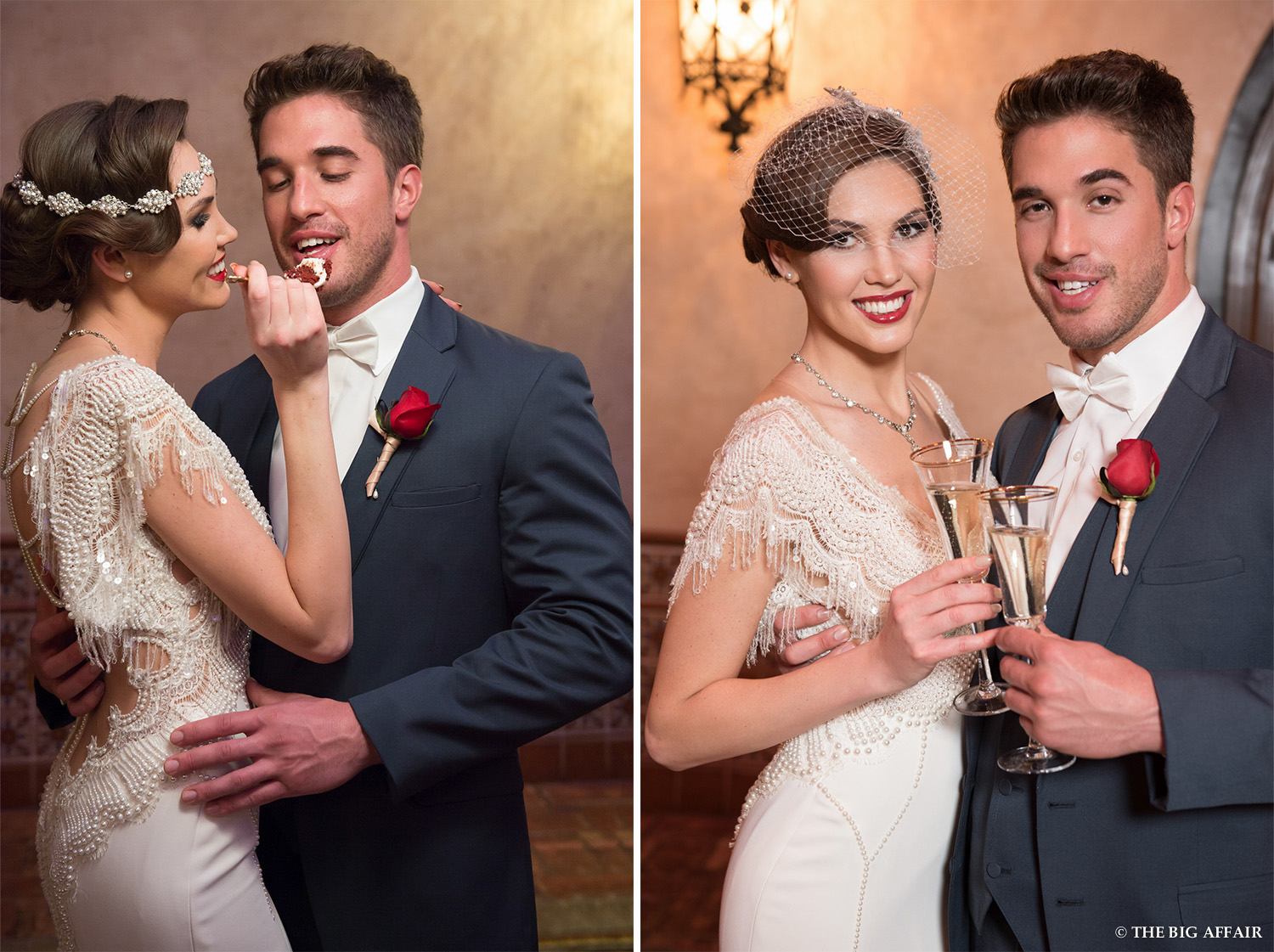 Relying on more than just the backdrop of a historic landmark, no affair is a Big Affair without the sounds of live music.  And Hollywood Roosevelt wedding affair in particular called for the freewheeling speakeasy spirit of the Big Lucky Band.  Val Peterson and her ensemble of roaring musicians filled the Hollywood Roosevelt’s Blossom Room with Gatsby-era jazz as the “bride” and “groom” danced the night away in front of the cameras.  Special thanks to Mayrna Sokolovska and Mickeal De Sinno for making it so easy to fall in love with love. 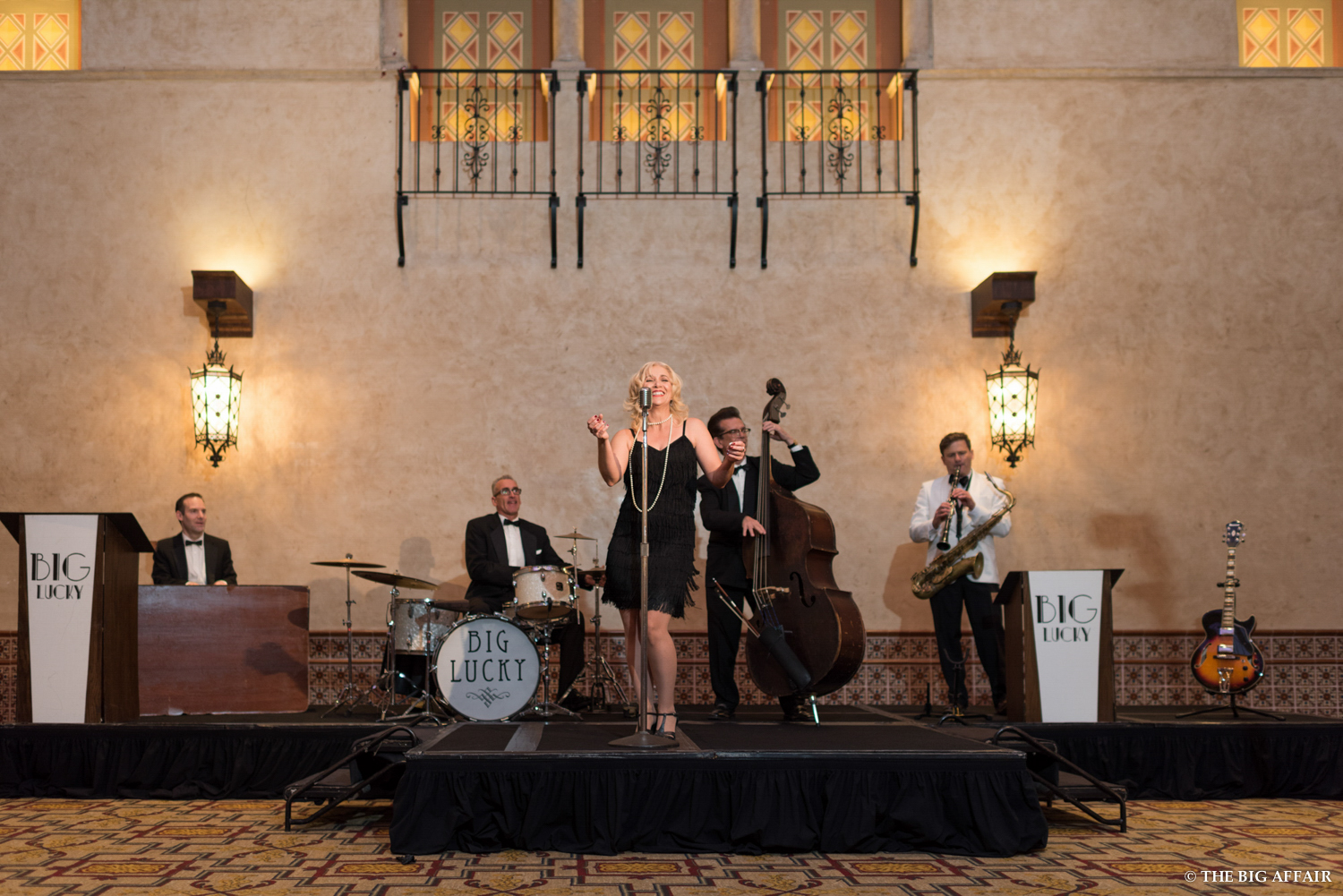 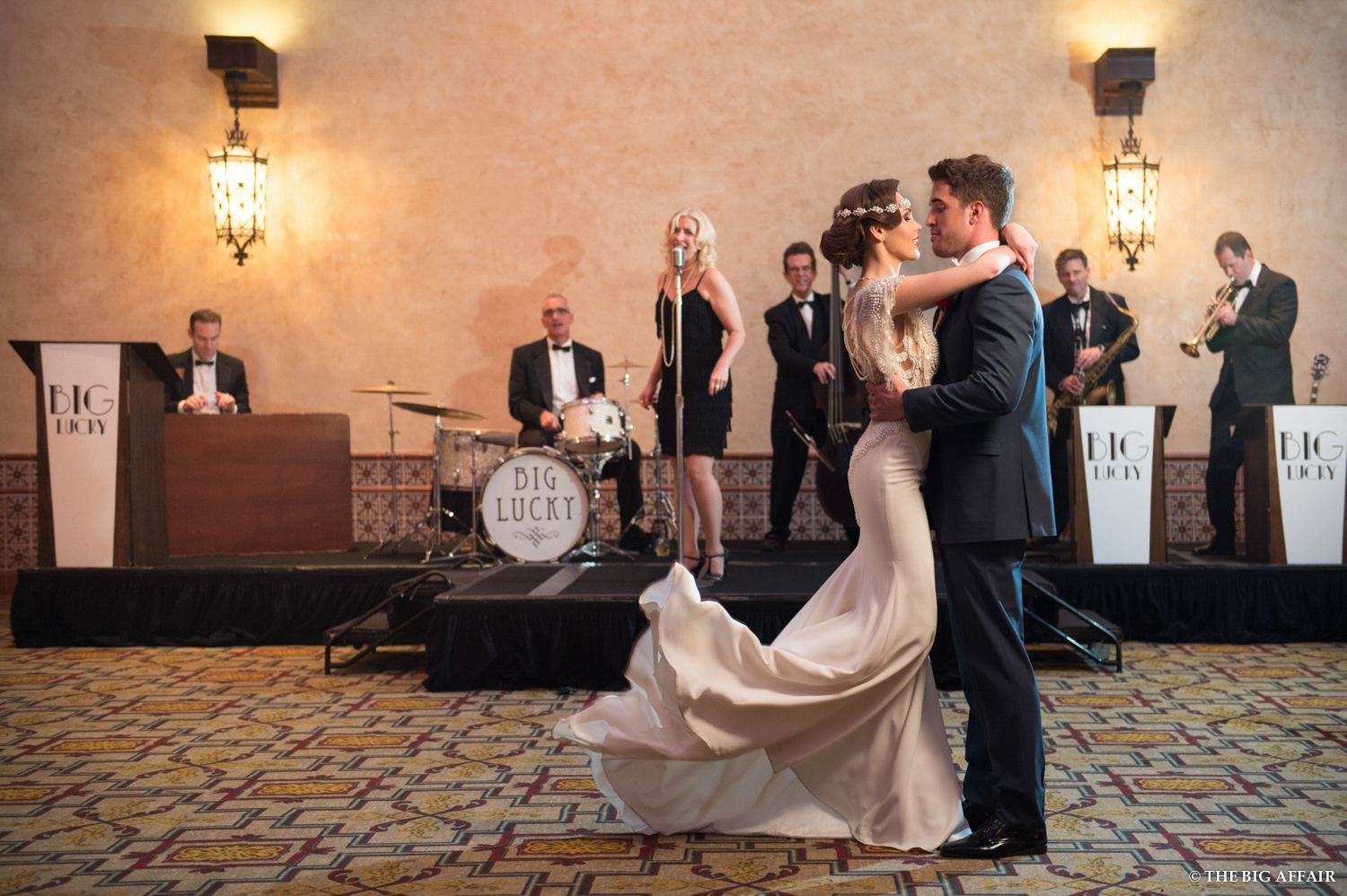 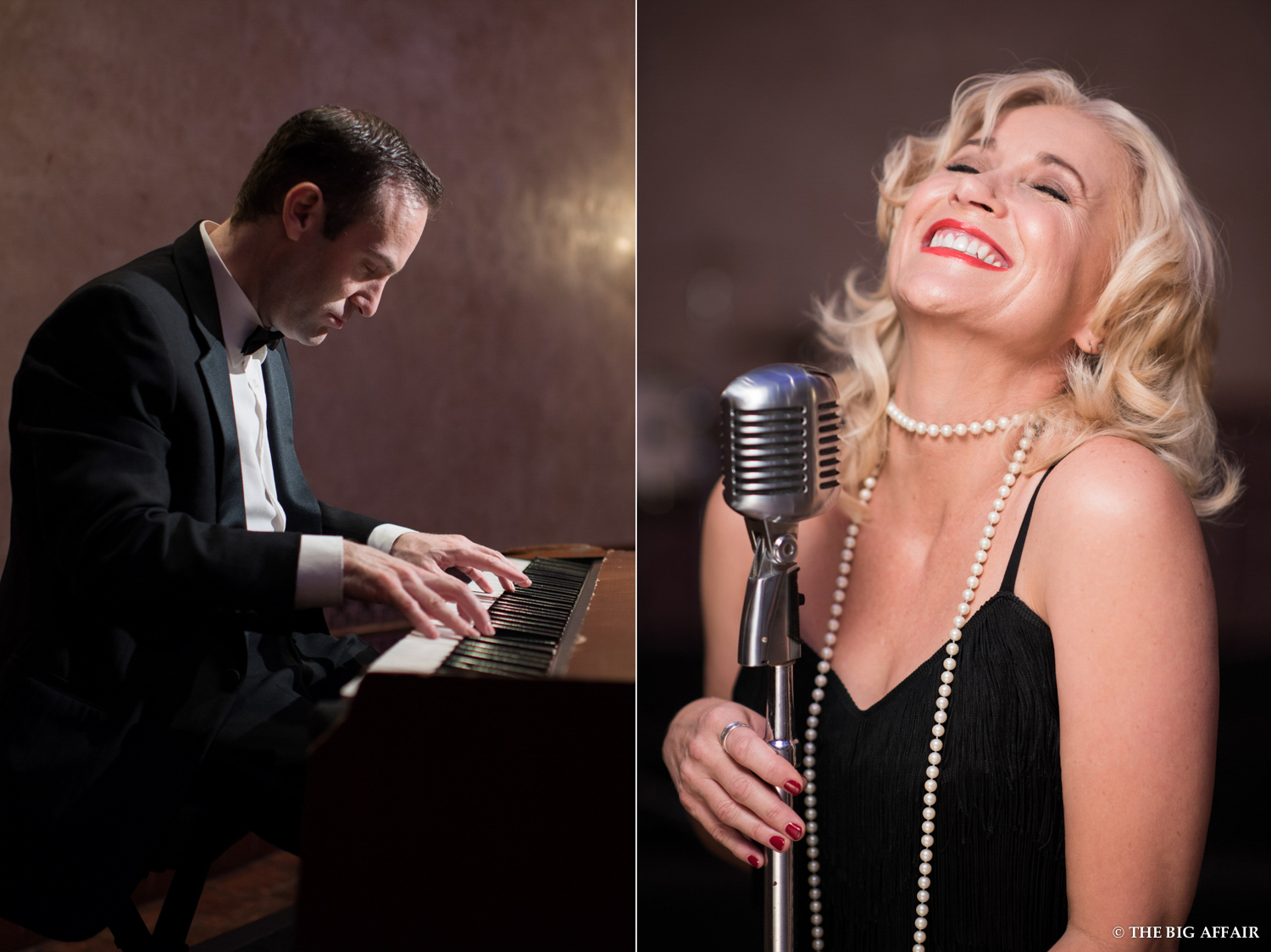 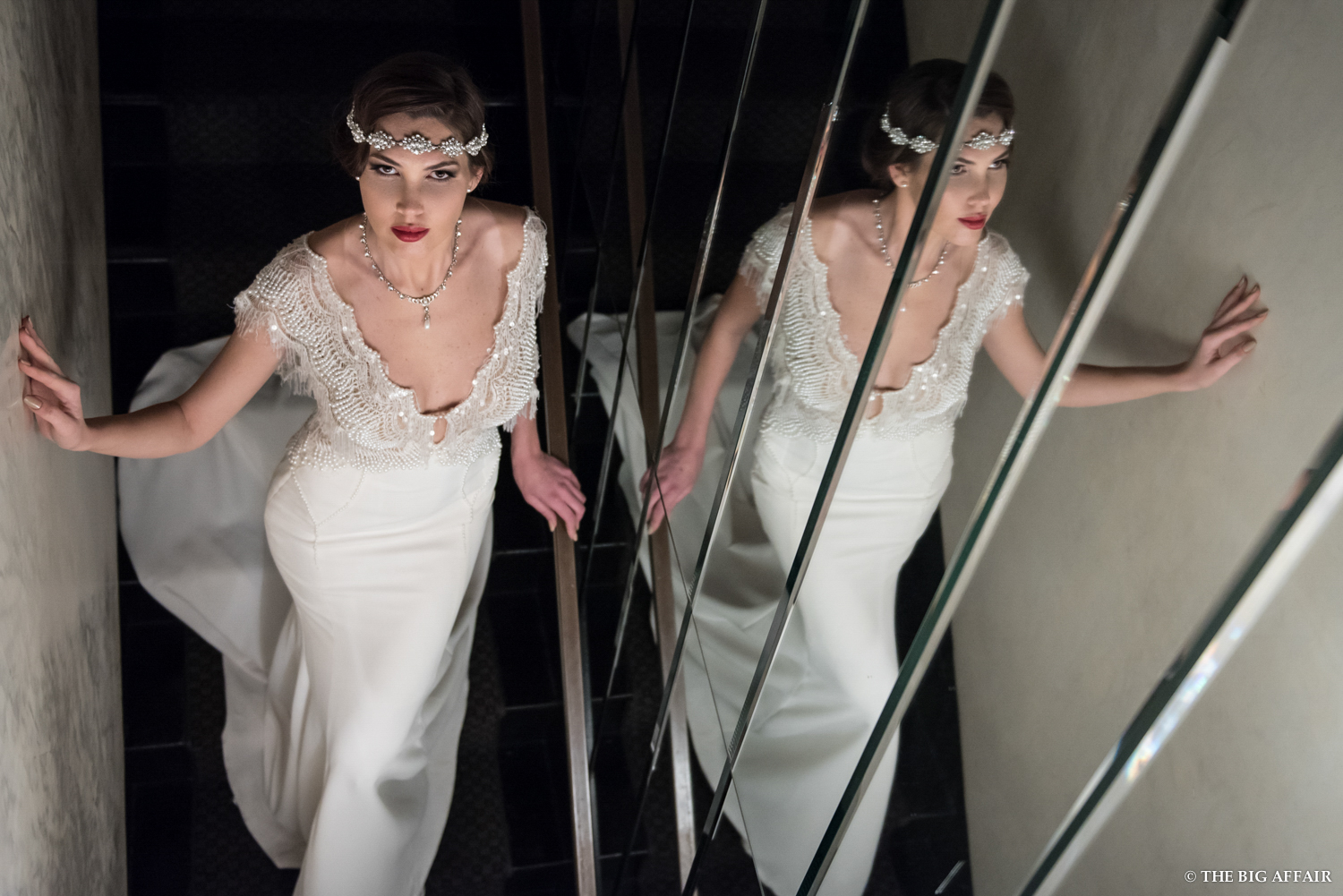 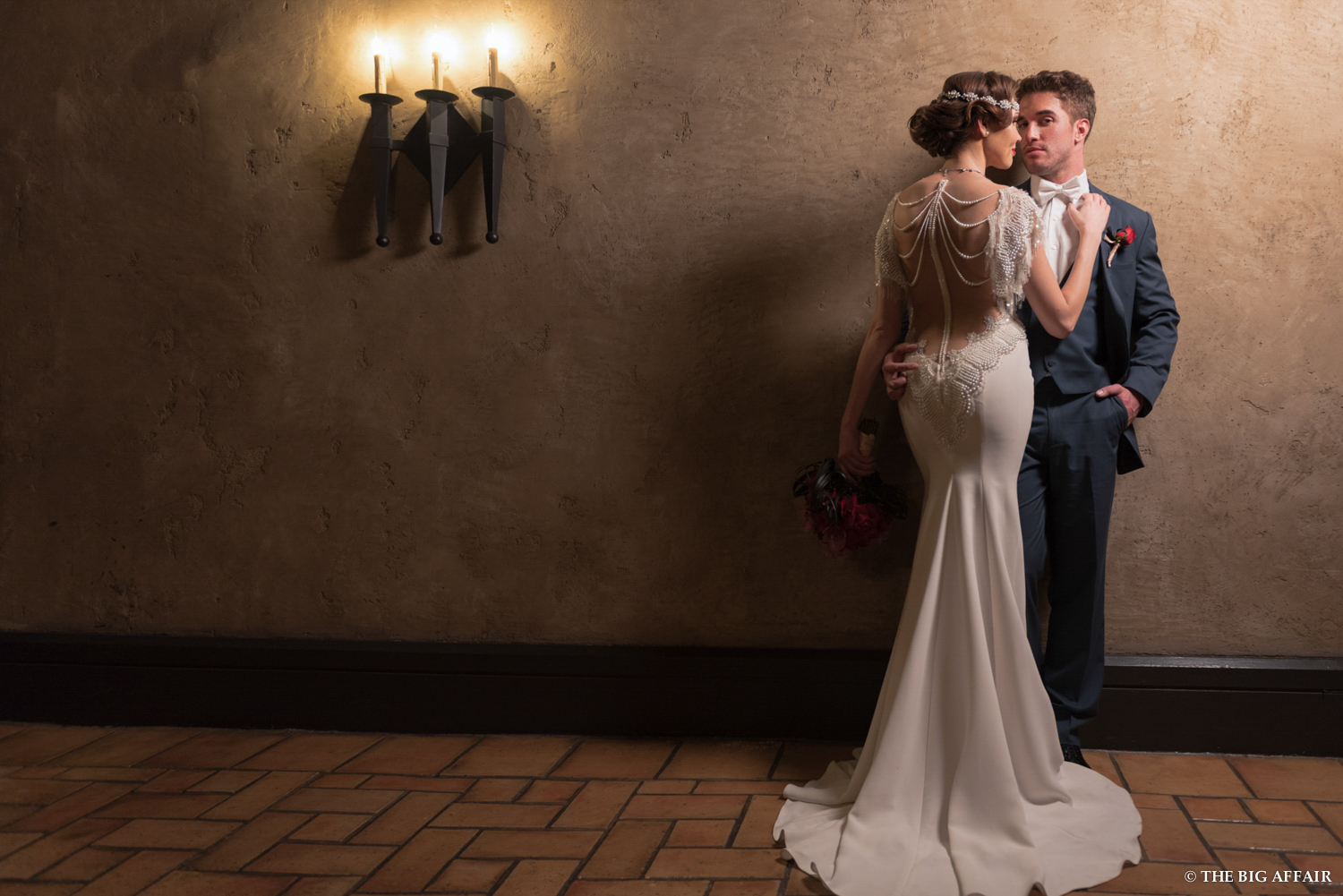 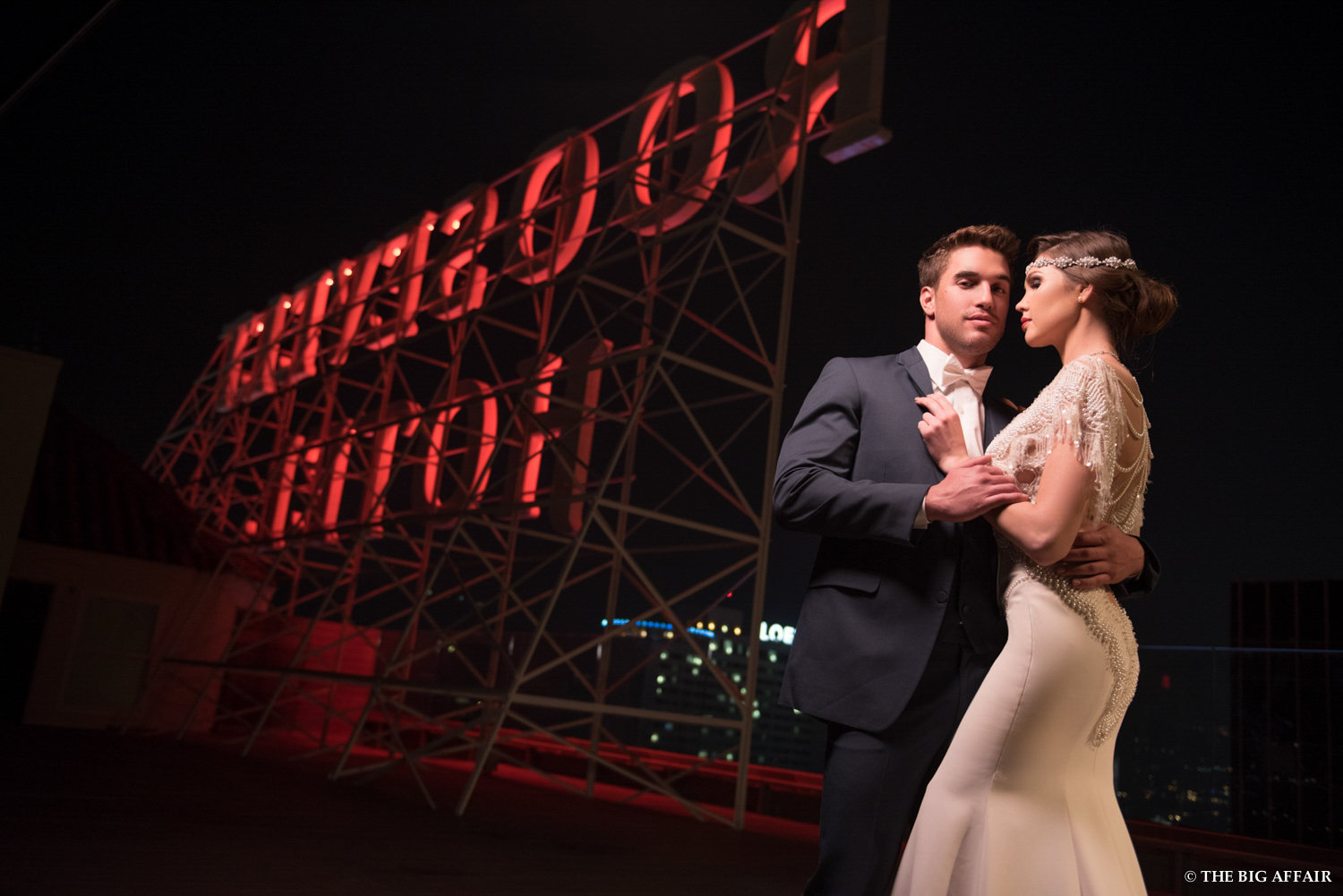 Los Angeles is a city where dreams are made and there is no dream wedding that cannot be captured by Tomas Skaringa and phenomenal bridal beauty artist Agne Skaringa from Beauty Affair  . For more details on how this Big Affair can be recreated and photographed by top voted Los Angeles Wedding Photographer, contact The Big Affair

Love charismatic churches such as @mountcarmelsb !

Last wedding of 2022! These two know how to party

Happy Holidays to all! Have a joyful and cozy holi